WARNING! Physical Effects of Space Are Out of This World! 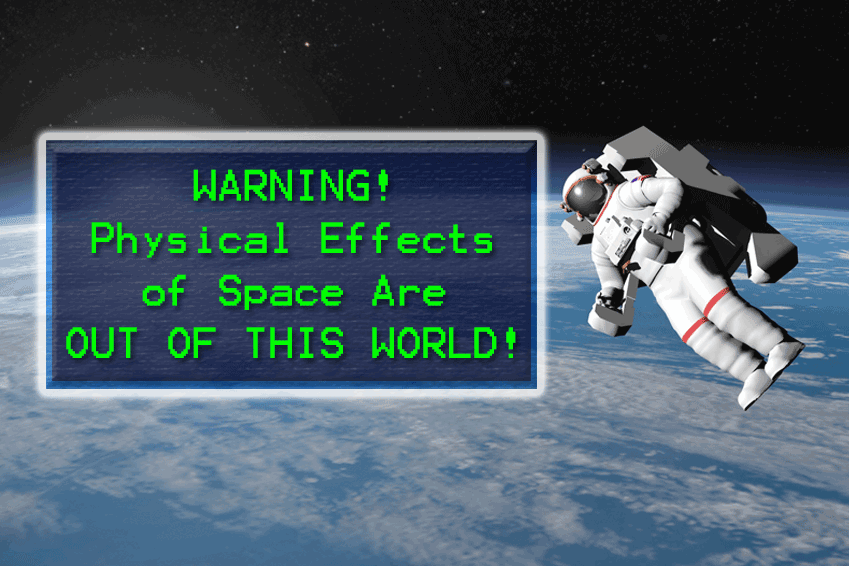 Space Station inhabitants are showing the effects of long stretches in orbit. Would you make that kind of sacrifice?

US astronaut Scott Kelly and Russian cosmonaut Mikhail Kornienko have returned to Earth after spending almost a year in space on board the International Space Station.

The voyage was twice the time that most astronauts spend in space. Did this affect their physical condition? Here’s something from the video blog, The Verge, to explain…

From an article on BBC’s website, we learn that space flight has a profound effect on the physiology of a person.

Osteoporosis is the process of bones becoming brittle and is often seen in older people, especially women. The result is more broken hips and other bones, which can eventually lead to pneumonia and death. Osteoporosis is thought to be caused, in part, when people are sedentary, producing an insufficient weight load on the bones. It is often recommended to do some impact exercise, such as jogging or jumping rope, on a regular basis.

Space flight is thought to be a cause of early onset osteoporosis because of the zero weight load on bones. In fact, astronauts must follow a special diet, and exercise up to two hours a day while in orbit.

Research has shown that just five months in orbit, can produce a loss of as much as 40% of muscle and 12% of bone mass, according to the UK Space Agency, the equivalent of “a 20-year-old turning into a 60-year-old in just three months”.

Balance and equilibrium are also a problem, as is clear vision.

So if you are thinking of being an astronaut “when you grow up” make sure you are up to the risks of bodily harm. And while you’re here on Earth, speak to your healthcare professional about osteoporosis prevention.